BERNARD W FREEDMAN, JD, MPH    A a 74-year-old patient who suffered a stroke was in a coma and on a ventilator at a Los Angeles tertiary medical center. He had been on a ventilator for one month.  Although he was not suffering from an underlying terminal illness and was not in a persistent vegetative state Read More

Hospital Ethics Committee Failure Bernard W. Freedman, JD, MPH  The patient, a 98 year old man was suffering from a dissecting aortic aneurysm of 7.5 cm. He was unresponsive and near death. He previously, and with unquestioned capacity, executed an advance health directive indicating that he refused surgery. He also had previously told his physician that he Read More 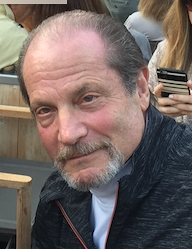